Google since its early days has developed many software or algorithms and improved them from time to time to make them more effective, and Google Assistant is one of them which inspired people to search their queries through voice. In today’s article, you will know about its functionalities as well as what is Google Assistant. How does it work? And how can we get more advantage of it? So, keep reading the article to understand it completely.

What is Google Assistant?

Google Assistant is a voice assistant that is completely powered by AI technology (artificial intelligence). At the time of its launch in May 2016, Google Assistant was an extension of ‘Google Now’. It was designed to be more personal, expanding on Google’s existing “Ok Google” voice controls. It’s somewhat similar to Apple’s Siri, Amazon’s Alexa, or Microsoft’s Cortana. Google Assistant provides relevant information and can perform a variety of tasks on the user’s behalf, such as making a restaurant reservation or sending a message. “Google Assistant” was debuted as part of Google’s new messaging app “Allo”, and the Google Home speaker.

It is Google’s virtual assistant that allows you to get your work done faster. Google Assistant supports both text and voice entry, you can get information through voice input as well as text input. Apart from smartphones, Google Assistant is available on smart speakers, smartwatches, headphones, and many other products and may be available on more such devices in the future.

Ok google (hey google) what is it?

“Ok Google” is an AI-based voice assistant feature for Android devices launched by Google. It is a voice feature software or app somewhat similar to Apple’s Siri, Amazon’s Alexa, and Microsoft’s Cortana. Is.

The specialty of this voice assistant is that it is able to respond to the questions asked by the user or follow orders. This feature of Google is known as Google Assistant. After activating “Ok Google” under this feature, your phone reacts even when your phone is locked. You can ask any question using this feature on your smartphone, and it will give accurate answers to your questions.

To activate it, you just have to go to the Settings of your Android phone, there you will see ‘Ok Google Detection’, from this you have to choose any screen option.

After this, to identify you as a user, you have to say ‘Ok Google’ 3 times so that the system remembers your voice. Now, google’s voice search assistant feature has been activated on your smartphone, and now you can enjoy these services completely.

Using this feature, you can set an alarm, and control your lights, fans, and even your TV set.

In the initial days, Google Assistant was launched as a built-in feature on Google Pixel smartphones. After a few months, it started rolling out to other Android smartphones and OS-operated smartwatches as well. In, 2017, launched Google Assistant as an app for iPhone and iPad.

Now the previous virtual assistant, ‘Google Now’ has been merged with Google Assistant. While Google Now is used to present information without your input, Google Assistant is focused on two-way conversations.

For the first few years, it was limited only to smartphones as well as smart speakers. But by 2018, Google Assistant made its debut on display devices as well. Google Assistant is now available not only on smartphones, but also on Walkie speakers, cars, smart displays, smart watches, and many other home devices.

What does Google Assistant do?

Google Assistant is more useful when it comes to its individual results. If you give it permission or instructions for your Google Account and other services, it can provide you with more than the usual information. For example, you can ask it if there’s an event on your calendar, give you the local weather forecast for today, have you send a text message to friends on my behalf, and much, much more.

It works incredibly well with smart-home devices. Such as Philips Hue, SmartThings, Nest, Ring, WeMo, and many other popular smart home devices based on AI systems. To activate it, all you have to do is press “Ok Google” or the “Google Assistant logo button”.

By connecting any of these devices, you can control them with Google Assistant. This means, “Hey Google, turn on the lights,” or, “Hey Google, show news on TV.” ,

When was Google Assistant released?

In May 2016, Google first announced the Google Assistant at the 10th annual developer event in Mountain View, California, and in September 2016, it was first previewed during the launch of Google Allo, a smart messaging app.

The first smartphone to use Google Assistant was the Google Pixel phone, which was unveiled on 4 October 2016, opened to the public on the same day, and was made available in stores as of 20 October 2016.

Google Home, which uses this assistant, was made publicly available on November 4, 2016. Since its launch, Google Assistant is always updated regularly with new features.

How to create a WordPress website? Full Guide for beginners.

What does Google say about the Google Assistant privacy controls?

There has been a controversy among many people regarding maintaining privacy while using this assistant, is it safe to use Google Assistant? Are conversations with the Google Assistant recorded? Does Google provide personal information to other third parties?

Well, in this context, Google says that Google has many tools to control the privacy that Google Assistant saves about you, whose reports are available online. Google always keeps your information private and secure.

In response to a question by India’s Parliamentary Standing Committee on Information Technology, Google representatives have said that Google acknowledges that audio of conversations conducted by the Google Assistant is sometimes recorded, whether through a smartphone or smart speaker. And this process can continue even if the user has not activated the AI. (Reference:- twitter.com)

For even more control over activities, you can also automate activities for 3, 18, and 36 months from the Assistant Activity page in your Google Account.

10 best free WordPress plugins that you must have

How to use Google Assistant safely?

When you set up your new Google device, you can make some settings to keep your privacy secure. For this, just select the option that turns off the recording of your voice and if you have already set up your speaker, you can go to the settings of your Google account to deactivate this feature. For this, you can also complete this work through Google myactivity, or you can also do it by tapping on your profile in the Google app.

For this first you have to go to:-

How to know if your phone has Google Assistant or not?

Google Assistant was originally launched on the Google Pixel smartphone and Google’s Home devices, but is now available for almost all modern Android devices, including Android TV, as well as Android’s driven car that support these devices.

Apart from this, to check whether Google Assistant is available on your phone or not, all you have to do is say “Ok Google”, or press and hold the home button for a few seconds, or tap the microphone in the Google search bar. After that you can ask whatever question you want to ask or you can also type, if you get any response on the question asked by you, it means that Google Assistant is already present on your phone.

Although Google Assistant is now available with Siri on iPhone as well, but it has some restrictions. To use Google Assistant on iPhone, it has to be installed separately from the App store. However, if you are an iPhone or iPad user, you will need iOS 14 or above and the app is absolutely free to use.

How to use Google Assistant with iPhone? For more information please watch the video tutorial.

How does Google Assistant work?

Google Assistant uses the Google database to provide answers to your questions. So it does its job by connecting to your Google Account and phone, from your calendar, email, etc.

How to turn on Google Assistant?

Is Google Assistant Available on iPhone?

Yes, you can use Google Assistant on your iPhone too. Provided, your iOS version should be 14 or above. Also, OK Google should be paired with Siri. 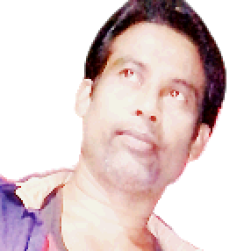 Biswajit
Adnin at DIGIPOLE eng
Hi! I am BISWAJIT, Founder & Author of 'DIGIPOLE eng'. This site is carried a lot of valuable Digital Marketing related Information such as Affiliate Marketing, Blogging Tips, Online Money Making Ideas, Seo, AdSense, Technology, Information on Blogging Tools and Hosting, etc. in the form of articles. I hope you will be able to get enough valuable information from this site and will enjoy it. Thank You.

Latest posts by Biswajit (see all)
Share the Article 10 best free WordPress plugins that you must have What is a permalink in WordPress?WordPress Permalink setting How to create a WordPress website? Full Guide for beginners. Write Quality Articles That Increase Traffic To Your Website

Write Quality Articles That Increase Traffic To Your Website

What is a permalink in WordPress?WordPress Permalink setting

wpDiscuz
0
0
Would love your thoughts, please comment.x
()
x
| Reply
Manage Cookie Consent
To provide the best experiences, we use technologies like cookies to store and/or access device information. Consenting to these technologies will allow us to process data such as browsing behavior or unique IDs on this site. Not consenting or withdrawing consent, may adversely affect certain features and functions.
Manage options Manage services Manage vendors Read more about these purposes
View preferences
{title} {title} {title}